Disguised? Or Kept in Reserve? 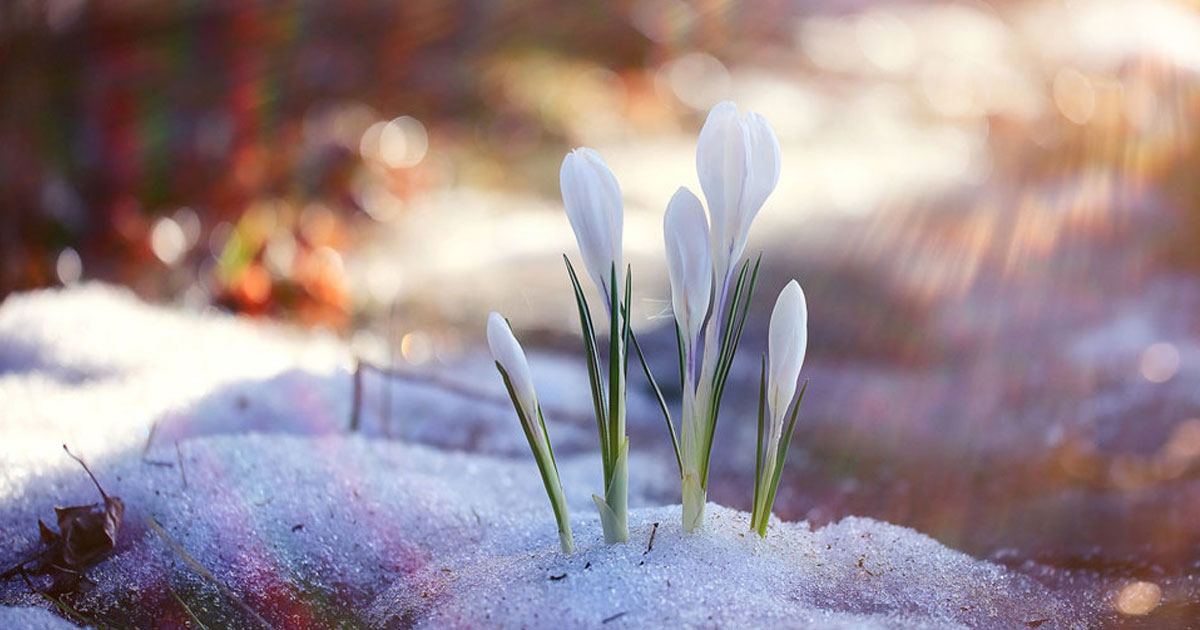 Do you find yourself without any seemingly real resources? Then you will want to read this powerful story and encouraging object lesson!

As I look out of my window on this mid-April spring day, I see dead, brown, and blackened leaves, shriveled and curled, on many trees. You see, this year warm weather came early. Leaves began appearing on deciduous trees about two weeks ahead of schedule in response to the extra early warmth we experienced here in Georgia. Unfortunately, several nights of a deep freeze a week ago killed the azaleas’ blossoms and the leaves on many oaks and sassafras trees. Some lamented the scene as they drove over campus roads. Others were simply too busy to notice. Indeed, I was one of the unobservant until a friend pointed it out. As I thought about the trees decked in brown, I remembered a comforting lesson I had learned from nature about twenty years ago.

God created trees with reserve buds that spring into action when a tree is cut down, enabling new shoots to spring up from the roots. If a freeze kills the leaves of a deciduous tree, reserve buds are activated and after a while, new green leaves will appear. Reserve buds usually stay on a tree two to three years until they are eventually replaced by new reserve buds. They remind me that in every emergency, God has His way to bring relief.

Take a step back in time with me. It’s 1971 and the Vietnam War is wreaking havoc. America is not winning. The anti-war movement in the U.S. is increasing in strength. By the end of the war, four years later, 58,000 soldiers will have given their lives and somewhere between 3 and 5 million inhabitants of Vietnam, many of whom were civilians, will have also lost theirs. Torture. POW camps. Post-traumatic stress disorder. 1971. No one in his right mind wanted to go there then, although some did choose to go to assist the fight for freedom or to help alleviate suffering. R Traveling with a missionary was Hien Pham, an energetic young Christian who had worked as a translator for the American forces. He proved valuable.

Hien was imprisoned shortly after Vietnam’s fall because he had assisted the American forces by acting as a translator. Day by day, his captors drilled him in the theories of Marx and other Communist philosophers. His faith was fast eroding under the constant hardships of prison life. Brainwashing confused his mind, and eventually tortured his soul. Maybe God doesn’t exist. Maybe Christianity is a lie. He determined not to pray again.

Hien was ordered to clean the latrines, the lowest job for a prisoner. One particular day he found a piece of paper typed in English in one of the latrines. It intrigued him. He hadn’t read English in a long time, so he carefully washed the excrement from the paper and waited until his prison mates were asleep. Carefully he unfolded the paper; “And we know that in all things God works for the good of those who love him, who have been called according to his purpose.…” He choked up; “For I am convinced that neither death nor life, neither angels nor demons, neither the present nor the future, nor any powers, neither height nor depth, nor anything else in all creation, will be able to separate us from the love of God that is in Christ Jesus our Lord.” (Romans 8:28, 38, 39). Unable to restrain his tears, he asked God to forgive his doubt. Evidently one of the commanders had been using pages from a Bible as toilet paper. So he volunteered for the dreaded job again and soon found other relevant passages that bolstered his flagging spirit.

Have you perhaps felt, like Hien, that you are being treated worse than you deserve instead of like the precious pearl that you are in God’s sight? Have you ever had to clean up the scum left behind from other people’s sins without receiving any thanks? Have you ever had your faith come crumbling down like debris falling from an imploded building? No matter what your experience has been, God’s love is still for you, my friend. You might have been blasted by icy indifference, perhaps the storms of life have left you looking in every way unattractive to others, like the trees in my backyard. But God still has the reserve buds of blessing in store for you. You will flourish again. Consider what happened next to Hien.

Eventually, the faithful latrine cleaner gained his freedom. With 53 others, Hien devised a plan to escape Vietnam but just days before their intended exit, four Vietcong (Vietnamese soldiers) knocked on his door claiming they had heard of his plan. Fearful of returning to prison and not wanting to jeopardize his life and the lives of his comrades, Hien denied the accusation and the soldiers left. Although Hien was initially relieved, he soon felt that he had disappointed not only himself but more importantly his God. He promised God—hoping that He would not take him up on it—that if the Vietcong returned, he would tell them the truth. Only a few hours before they were due to set sail, he was thoroughly shaken when the four men returned. When questioned again, he confessed the truth. The earnest men whispered, “Can we go with you?”

Together they made it to the sea where, before long, a violent storm threatened to destroy everyone. In the strife with the raging elements those four Vietcong soldiers proved themselves excellent boatmen, and because of their skills everyone made it to their desired haven alive! God’s reserve buds often bloom in ways that we least expect and at times when we think all is lost.

So, when you find your deepest aspirations are frozen from the blight of life’s challenges, and when its trials leave you looking uninviting to others, be of good courage. Before those reserve buds blossom into life, comfort your heart by drawing strength from a leaf of the tree of life: “And we know that in all things God works for the good of those who love him, who have been called according to his purpose.” Sing an uplifting hymn even in hard times, especially in hard times. Read the inspiring story of someone who has endured the unendurable. Eventually, God’s promise of reserved blessings will be realized, and not disguised. And these are better than any medicine.