Physical Exercise Makes You Brighter! How? 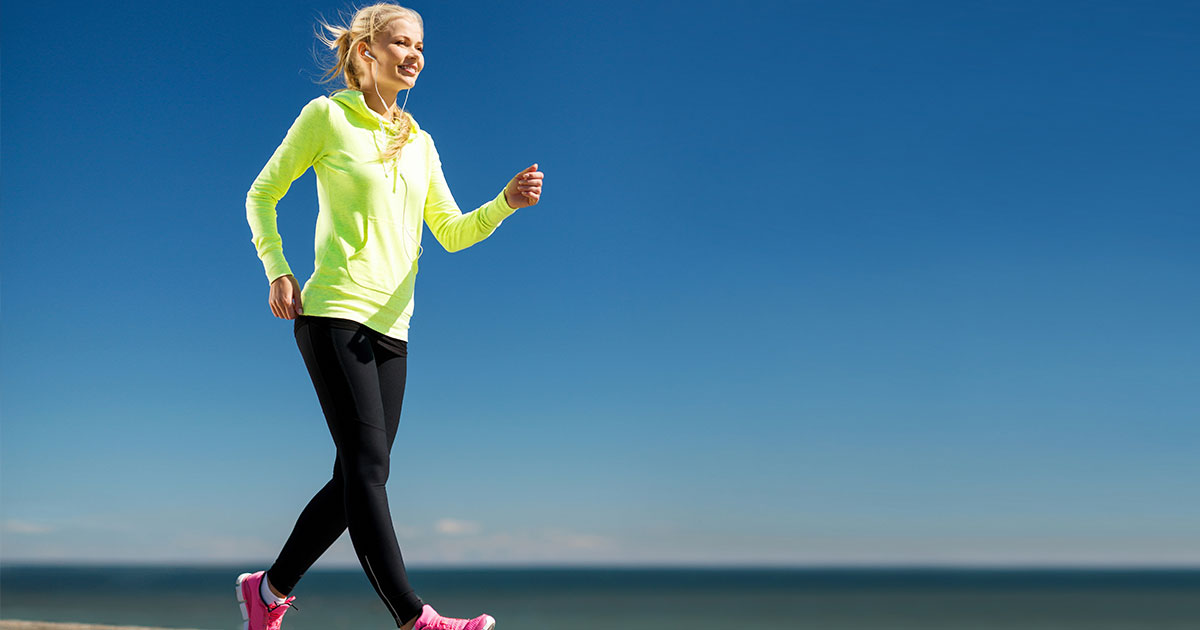 From my own personal experience as a slow learner, as a classroom teacher, and a scientific researcher, here is a suggestion for anyone who desires to improve their learning speed: Engage in frequent physical activity often throughout the day. No matter how young or old you are, or how quickly or how slowly you learn, regular physical exercise improves your mental sharpness.

Exactly how does physical exercise improve learning and memory? The synapses which provide connecting links between brain cells are critical for learning. They are microscopic points of communication between nerve cells. With recurrent use, synapses in a circuit for learning become larger and more efficient. They multiply in number. Exercise increases brain-derived nerve growth factor (BDNF). BDNF increases the production of new synapses. The results? Learning and memory become easier and faster.

One study divided elementary students into two groups. One group had a 20 minute resting period during the school day while the other students engaged in 20 minutes of walking. They were then given a flanker test. This test consists of a set of response inhibition quizzes used to assess the ability to suppress responses that are inappropriate in a particular context. To pass, one must concentrate on one stimulus while ignoring other stimuli. Immediately following the walking, children:2

Mental stress interferes with learning. Twenty percent of teenagers are subject to bullying. Experiencing bullying has been linked with academic struggle, low self-esteem, anxiety, depression, substance abuse, and self-harm. Exercising for 4 or more days per week is associated with an approximate 23% reduction in suicidal idealization and attempts among those teens who were bullied.5

For the slow learner, the mind will not be engaged until the body moves. A nine-month-long, randomized controlled trial involving 221 preadolescent children found that those who engaged in moderate-to-vigorous physical activity for at least 60 minutes a day after school saw substantial improvements in their ability to pay attention, avoid distraction, and switch between cognitive tasks.7

Attention deficit hyperactivity disorder (ADHD) is the most common mental disorder in children. Signs of ADHD can include inattentiveness, moodiness, difficulty getting along with others, difficulty in controlling impulses, and difficulty in following directions, organizing, and completing tasks. ADHD can extend into adulthood.

Irritated by the foot-tapping, leg-swinging, and chair-scooting movements of a child with attention-deficit/hyperactivity disorder? Don’t be. Excessive movement, common among children with attention-deficit/hyperactivity disorder, is actually vital to how they remember information and work out complex cognitive tasks.8 Students with ADHD could perform better on classroom work, tests, and homework if they’re sitting on activity balls or exercise bikes. Moderate to vigorous exercise before school helps improve symptoms in ADHD students in elementary schools.9

People who exercise regularly are better at creative thinking. Colzato, in one study, divided his group of participants into two groups—those who bicycled 4 times a week versus those individuals who did not engage in exercise. “Remote associates testing” measures a skill needed for creative thinking because it measures one’s ability to see relationships between things that are only remotely associated. The aim of this test is to find a fourth word remotely related to three given words. In this test, for example, participants were presented with three non-related words, like “time”, “hair” and “stretch”, and had to come up with the common link, which in this case was “long”. Colzato found that regular exercisers outperformed those who did not exercise.10

If one is not accustomed to physical exercise, it might take time for this effect to kick in. When one first learns to engage in exercise, some of his mental energy is engaged in learning exercise routines.

When contrasted with the benefits on indoor exercise, outdoors exercise yields greater benefits. Exercising in a natural environment was associated with greater feelings of revitalization, increased energy, and positive engagement, together with decreases in tension, confusion, anger, and depression.11

Just five minutes of walking, cycling, or gardening– in a park, on nature trail, or in a garden– bolsters the mood and gives a sense of well-being.12 A small study suggests that children who spend significant time outdoors could have a stronger sense of self-fulfillment and purpose than those who don’t. Children who engage in free play outside on a regular basis have a deep appreciation for beauty, order and wonder, and feel a stewardship toward the earth.13 In contrast to gym exercise, exercise in nature provides a diverse display of colors, sights, and sounds, an ever changing environment, and aliveness. Nature is usually in a state of flux which encourages problem-solving opportunities needed to build appropriate self-confidence.

Exercising regularly in old age may better protect against brain shrinkage than engaging in mental or social activities. According to the American College of Neurology, people in their seventies who participated in more physical exercise, including walking several times a week, had less brain shrinkage and other signs of aging in the brain than those who were less physically active.14

Exercise helps cardiovascular fitness and reduces the risk for stroke. , Does exercise yield any benefit for individuals who have a stroke? People who have cognitive deficits after a stroke have a threefold risk of mortality. Just six months of aerobic exercise and strength training can improve memory, language, thinking, and judgment problems by almost 50 per cent after a stroke.15

Certainly not contact sports in which the risk for head injury and concussion are high. Neurophysiologist Bernell Baldwin rated motivated, altruistic manual labor as being the tops for brain development.

This true especially for slow learners because they become discouraged as they do not do well in scholastic pursuits. These individuals can be educated to perform useful work well. I know in my own life as a slow learner and have seen many times as a classroom teacher, that manual labor primes the mind to learn. Sometimes learning a practical skill first will unlock the brain for future scholastic achievements. How?

Manual, mind-engaging labor strengthens the front brain. Initiative, the will, the ability to plan and execute decisions, and the motor centers which regulate gross and discreet movements are all located in the front brain. Motivated, manual labor strengthens the front brain more than mental work alone. The will often goes with the labor of the hands, and gardening will “quicken the mind and refine and elevate the character.” Dr. Bernell Baldwin, neurophysiologist and worldwide lecturer, stated: “Motivated work integrates the brain. The motor centers of the brain are near the center of the cerebrum. Unlike video games and computers, useful, constructive work gives sensory balance to the mind.” Some educators are aware of the detriments of introducing computers to students before they have had sufficient exposure to the practical arts of life—cooking, sewing, basic carpentry, gardening, and housekeeping. Computers are valuable, but they can never replace motivated, thought-provoking manual labor in the building of intellect and character.