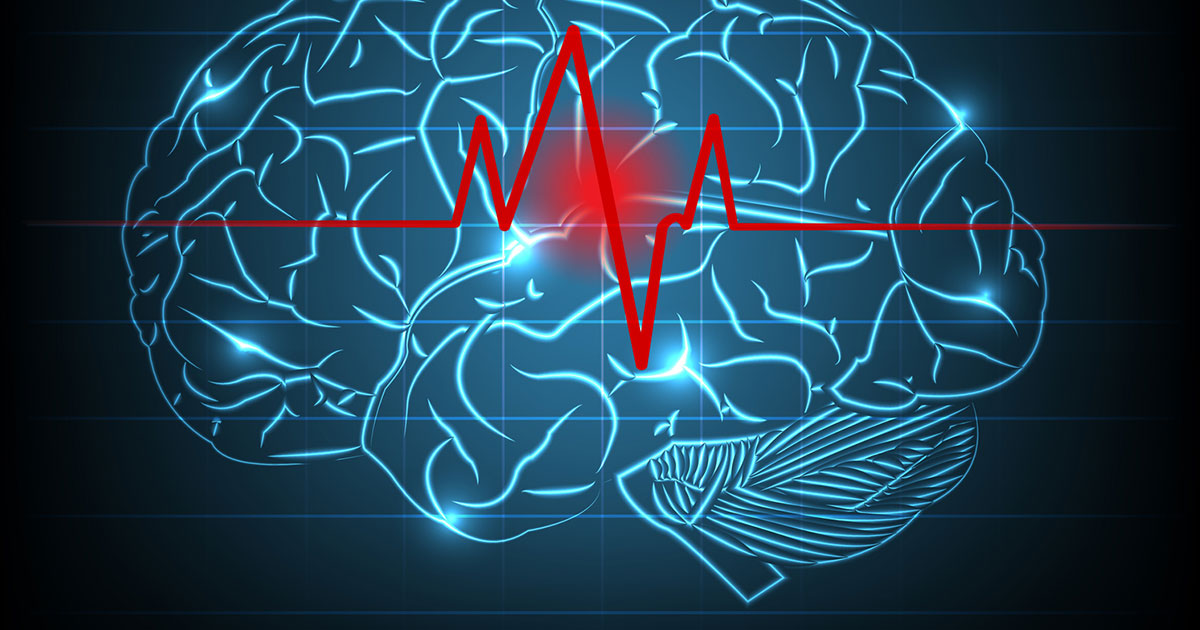 So, what can you do about it besides a good lifestyle program of regular exercise, losing weight if obese, and enjoying a plant-based diet?  More than 90% of the global burden of stroke is linked to modifiable risk factors, most of which (74%) are behavioral risk factors such as smoking, poor diet, and low physical activity. Every year, approximately 15 million people worldwide suffer a stroke — of these, nearly six million people die and five million are left with permanent disability.1

Finnish researchers studied 1,031 men in Finland between the ages of 46 and 65 in a 12-year study.  The study found that people with the highest amounts of lycopene in their blood were 55-59% less likely to have a stroke than people with the lowest amounts of lycopene in their blood.3 The antioxidant lycopene belongs to the carotenoid family and is found in tomatoes, tomato products, red-fleshed watermelon, pink grapefruit, guava, and papaya.

In one study women who ate high amounts of flavanones in citrus had a 19% lower risk of blood clot-related (ischemic) stroke than women who consumed the least amounts.4 Eating an orange is more preferable than drinking orange juice because fruit juice can elevate blood fats known as triglycerides.

New research shows that in post-menopausal women, the level of triglycerides is a much better predictor of stroke than LDL and total cholesterol levels. Researchers at NYU Langone Medical Center found that high triglyceride levels were significantly associated with the development of stroke. Women in the highest quarter of baseline triglyceride levels had a 56% higher risk for an ischemic stroke than women in the lowest quarter of triglyceride levels during this 15-year study.  An ischemic stroke is caused by an interruption or blockage of blood flow to or inside the brain. Blood clots are often involved in ischemic strokes. In this particular study this risk occurred even after the researchers adjusted for age, weight, smoking, high blood pressure, diabetes, and exercise.5 Since low thyroid hormone and diabetes frequently elevate triglycerides, those who have elevated triglycerides should have these checked.

Interventions to lower triglyceride levels include:

The results showed that physical inactivity was reported by 33% of participants and was associated with a 20% increased risk of stroke.6 Undesirable clotting contributes to most strokes. Moderate exercise increases fibrinolysin that dissolves small clots so that they will not become bigger.  Both moderate and vigorous exercise increase the antioxidant glutathione in the brain. Exercised muscles release myokines that offer some protection from diseases associated with low-grade inflammation such as atherosclerosis. 7

Your gut bacteria manufacture compounds the affect your brain. Friendly bacteria produce useful compounds whereas unfriendly germs make pro-inflammatory compounds that can damage the heart and the brain. TMAO (trimethylamine N-oxide) is a byproduct produced when gut bacteria digest certain nutrients abundant in red meat and other animal products. Studies around the world  that blood levels of TMAO predict future risk of heart attack, stroke and death -findings that have been replicated around the world. 8 Now, a study we found that dietary choline and TMAO produced greater stroke size and severity, and poorer outcomes in animal models. Over time, those with higher levels of TMAO had more extensive brain damage and a greater degree of motor and cognitive functional deficits following stroke. In this study, the researchers also found that dietary changes that alter TMAO levels, such as eating less red meat and eggs, impacted stroke severity. 9

After controlling for many probable confounders, a Finnish study showed that individuals who had less dispositional pessimism had a 48% less risk of stroke compared to those who had high levels of pessimism.10 In contrast, Realistic optimism protects against stroke. Researchers from the University of Michigan looked at the results of standard optimism tests for 6,044 men and women. All were free of stroke at the study’s start. The optimism score was on a 16-point scale. After adjusting for age, each unit increase in their optimism score reduced stroke risk about 9 percent. Even when the researchers adjusted for other factors such as smoking, alcohol use, race, gender, hypertension, mental illness, body mass index, and level of physical activity, the association between optimism and reduced risk of stroke remained robust.11 By cultivating gratitude and focusing on life’s positives, we encourage optimism.

Poor sleep is associated with increased risk of heart attack and stroke, according to results from a recent study in a representative sample of 657 men, aged 25 to 64 years, who had no history of heart attack, stroke, or diabetes. Men with a sleeping disorder had a risk of myocardial infarction that was 2 to 2.6 times higher and a stroke risk that was 1.5 to 4 times greater than those without a sleeping disorder, between 5 to 14 years of follow-up. Sleep if you want to prevent a stroke.12Even in normal weight, middle-aged or older individuals, insufficient sleep increases the risk for stroke. A University of Birmingham study showed that middle-aged and older individuals, who had normal BMI and habitually slept less than six hours, had a 4.5 fold increased the risk for stroke symptoms than those who slept 8 to 9 hours.13 Regularity in sleep hours reduces fatigue, too.

Air pollution — including environmental and household air pollution — has emerged as a leading risk factor for stroke worldwide, associated with about a third of the global burden of stroke in 2013.14 Moderate air pollution increases the risk for stroke within hours. Researchers studied more than 1,700 stroke patients in the Boston area, over a 10-year period. They found that exposure to ambient fine particulate matter, (generally from vehicle traffic, factories, and the burning of wood), was associated with a significantly higher risk of ischemic strokes on days when the EPA’s air quality index for particulate matter was yellow instead of green.15 Perhaps those who are at risk for stroke should exercise inside (with an air purifier) on code yellow and code orange days.

Secondhand smoke increases the risk of stroke by about 30% for nonsmokers.16Only a minute of breathing secondhand marijuana smoke compromises the ability of blood vessels to carry blood efficiently.17 While the effect is temporary for both cigarette and marijuana smoke, these temporary problems can turn into long-term problems if exposures occur often enough. These frequent exposures may increase the chances of developing hardened, clogged arteries. Second-hand smoke can aggravate any pre-existing risk factors for cardiovascular disease. On a more serious note, exposure to passive smoking in childhood causes irreversible damage to the structure of children’s arteries.18

Diabetes is a risk factor for heart disease, hypertension, and stroke. Harvard Chan researchers and colleagues conducted a meta-analysis of 88 previous studies on the association between smoking and type 2 diabetes risk, looking at health data from nearly 6 million study participants. They found that when compared with people who never smoked, current smoking increased the risk of type 2 diabetes by 37%; former smoking by 14%; and breathing in second-hand smoke by 22%. They also found a 54% increased risk of type 2 diabetes in people who quit smoking less than five years ago, which fell to 18% increased risk after five years, and 11% increased risk more than 10 years after stopping.19 Nicotine promotes insulin resistance, also called prediabetes, which is a risk factor for cardiovascular disease.20

Any common over-the-counter and prescription medications can be the underlying cause of hypertension. Drugs such as contraceptive pills, various anti-depressants, anti-inflammatory pills to control pain, and bacterial antibiotics have also been linked to a rise in blood pressure.21

A popular group of antacids known as proton pump inhibitors, or PPIs, used to reduce stomach acid and treat heartburn, may increase the risk of ischemic stroke.  Ischemic stroke is caused by the significant reduction or interruption of blood flow to or inside the brain. Researchers analyzed the records of 244,679 Danish patients, average age 57, who had an endoscopy (a procedure used to identify the causes of stomach pain and indigestion). During nearly six years of follow-up, 9,489 patients had an ischemic stroke for the first time in their lives. Researchers determined if the stroke occurred while patients were using 1 of 4 PPIs: omeprazole (Prilosec), pantoprazole (Protonix), lansoprazole (Prevacid) and esomeprazole (Nexium).22

So if you are at risk for a stroke and are taking these medications, ask your doctor or pharmacist about safer options.

Long-term depression may double the risk of stroke for middle-aged adults. Unfortunately, reducing symptoms of depression may not immediately reduce the elevated stroke risk. Harvard researchers used data from 16,178 participants (ages 50 and older) and found that

Previous research has shown that depression is associated with an increased risk of high blood pressure, a tendency for undesirable blood clots, and inflammatory responses. Depression might trigger underlying vascular problems, including infection or atrial fibrillation.24Depressed people are also more likely to engage in unhealthy lifestyle practices such as smoking and be less physically active.

A 12-year Australian study examined data from 10,547 women, 47-52 years of age. Researchers found that depressed women had 2.4 times increased risk of stroke compared to those who weren’t depressed. Even after researchers eliminated several factors that increase stroke risks, depressed women were still 1.9 times more likely to have a stroke.25

Researchers from the Harvard School of Public Health, Boston, conducted a systematic review and meta-analysis to describe the association between depression and risk of total and subtypes of stroke. The studies included 317,540 participants. They found that when the data from the studies were pooled, the analysis indicated that depression was associated with a 45 percent increased risk for total stroke; a 55 percent increased risk for fatal stroke, and a 25 percent increased risk for ischemic stroke.  Ischemic strokes result when the blood supply to a portion of the brain has been interrupted or obstructed. Mental depression increases the risk for undesirable clot formation and promotes inflammation throughout the body (including the arteries). Depression also increases the risk for diabetes and stroke. Depressed individuals often have difficulty in incorporating good lifestyle practices.26

We might also emphasize that it is extremely important to prevent diabetes, atherosclerosis, and hypertension. These conditions seriously increase one’s risk for stroke. If you have these conditions, please get your blood sugar, blood pressure, and cholesterol within your doctor’s recommendation. Better control of these diseases reduces your risk for stroke!