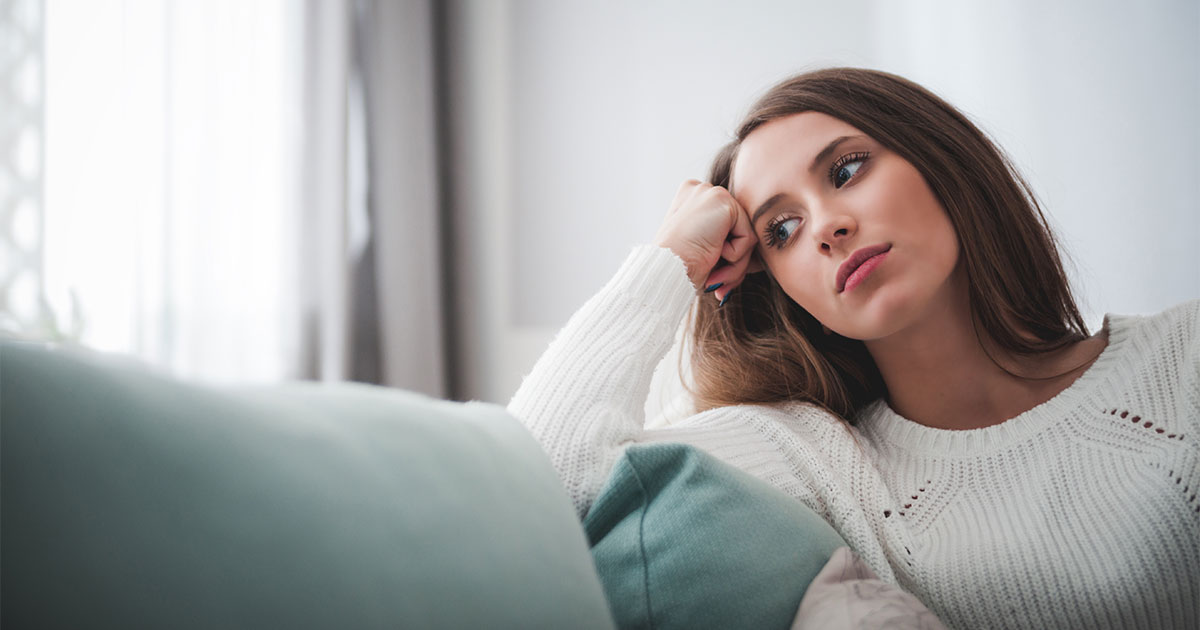 Anger can serve a useful purpose or it can become a noxious weed that spreads extensively to all areas of our lives unless we pull it up by the roots and destroy it. But how do we make our anger count and then eliminate its harmful effects?

Rage is an emotion that many of us deal with on a regular basis. Most people feel mild to moderately angry several times a week. Anger wears many guises: impatience, frustration, hurt, depression, and hostility to name just a few.

Anger often alters people’s perceptions, forms their decisions, and guides their behavior while they remain angry, regardless of whether the decisions at hand are related to the actual source of their anger.1 Unresolved anger often robs us of our rest and recreation, diminishes our productivity, and strains our dearest friendships. Our anger impairs intimacy as it makes us doubt other people’s ability to forgive our offenses. It burns the bridge to forgiveness that we all need to travel frequently.

The effects of unresolved anger and bitterness are as persistent and evasive as the weed called Johnsongrass. This perennial weed can grow extremely fast: up to seven feet tall. It can also live up to 20 years and spread easily by a system of rhizomes, which are horizontal underground roots. The rhizome from just one plant spreads 200 feet. Unfortunately, the invasive, toxic weed reduces corn and soybean yields over 30% to 40% even with normal control efforts.2 Under extreme heat, cold, or drought, this plant produces noxious cyanide and is poisonous for livestock when ingested. Bitterness from unresolved anger is like Johnsongrass to farmland: persistent, invasive, fast replicating, and toxic. It will eventually usurp and reduce our capacity to live fruitful, bountiful lives.

The serious gardener does not cut off the flower heads or leaves on this unruly grass. Neither does he attack the stem. No! Those would not solve the problem for long! He digs the roots up and eradicates them. Behavior and emotions are like the leaves and a flower head of a plant. Thoughts  support and feed behavior just like a stem supports the plant above the ground and conveys nutrients to the leaves. Motivations–conscious and unconscious—form the root system. Unless we pull anger up by the roots or motivations, it will destroy relationships in return for illness!3

But is anger always destructive? Or can anger be focused, controlled, helpful, and even creative? Anger painfully reminds us of our vulnerability and defects. Can it give us strength as well? In this article, we will explore six contributors to anger.

Recognizing the contributors to our anger helps us to move beyond anger and into creative and productive thought and action. Anger rarely comes from a single incident. Deep or long-lasting anger is always multi-faceted. In a future blog, we will dive into principles that can help us avoid unnecessary anger and turn our legitimate anger into a creative power for good.

For example, children from dysfunctional homes often see their parents as being entirely evil, wrong, mean, or cowards, without any room for the parents to prove otherwise. In many cases, dysfunctional parents do love their children but are emotional children themselves. They have not learned to fulfill their legitimate emotional needs in healthful ways, so they cannot help their children meet their needs. These parents, however, often do manifest care for their children by providing for their physical needs: the one thing they know how to do.

The Fog of Incomplete Knowledge

Psychologically misinterpreting another’s motives and actions can produce a defensive type of anger. When Sara was three years old her parents separated. It wasn’t too bad because dad visited every Saturday, faithfully. When the divorce was final, however, he dropped out of sight. There were no visits, letters, phone calls, or financial support. He would give Christmas and birthday presents. Later Sara concluded that her dad was a deadbeat who did not care for her.

Eventually Sara and her dad made contact. Decades later she discovered that he had a really hard decision to make: to provide nursing care for his own mother who suffered from a stroke, or to support his two children. He knew that Sara’s mother, his ex-wife, worked and that Sara’s maternal grandparents could provide for her. So she and her sibling wouldn’t lack any food, clothing, school supplies, or shelter. With all of that in mind, he decided to take care of his mother, which to Sara seemed logical.

When Sara was in her early forties her dad also paid for her physical therapy after a car accident. She also discovered that he had written to her, but  her mom had apparently destroyed his letters.  Eventually when he died, she and her sister inherited a reasonable sum of money. Sara had gone through some financial difficulties herself. Now she could finally relate to her dad’s financial struggles and his need to figure out what to spend his money on.   Her father was not a deadbeat dad after all. Let our anger be measured when we have an incomplete knowledge of the offender.

Certain mindsets can propel us into anger. Being overly fatigued and not exercising enough can make us more susceptible to anger. Insecurity and self-depreciation can also trigger hostile feelings. Anger is always a secondary emotion and is often the offspring of fear. If we can deal with our underlying fears, we can often find the cure for our anger.

There was a woman who came to our facility who needed help with her digestive problems. I will call her Mrs. Smith. This lady’s behavior was more than challenging. She was also not integrating well with other lifestyle guests. On my day off, I offered her a back massage. She did not expect one that day and was caught by surprise. As I stroked her back and kneaded the muscle knots out, Mrs. Smith confided with me that five close friends and relatives had died in one year. She was scared that she would be next. As we talked her attitude became transformed entirely, just because someone had unobtrusively addressed her fears.

Next time you become angry, or someone becomes angry with you, look for underlying fears. When we patiently confront these fears and address them accurately, then our frustration, impatience, and anger become more manageable and will eventually be eradicated. Fear is like a long taproot. Until it is eradicated, anger and bitterness persist.

Sometimes we may start the day with both feet planted on a soap box ready to argue at the first provocation. We may perceive that our influence is unduly limited, and we feel like a whale thrashing around in a bathtub. It helps to realize that at such times our guard is down. Those of us who tend to become angry easily need to make it a priority to keep in the best shape possible, physically and emotionally.

Poor lifestyle habits can lower our threshold to anger. To be in control when we are angry requires an active frontal brain. Lifestyle factors improve or decrease the efficiency of the front brain to make wise decisions and control our emotions.4 The sudden rise and fall of blood sugar from a sugary diet, inadequate amounts of sleep or exercise puts the frontal brain in jeopardy. Caffeine amplifies the physical effects of stress and has the potential to lower our threshold for anger and impatience and intensify hostility.5 Alcohol acts as a depressant to the frontal brain.

Losing just a few hours of sleep can make one more prone to frustration and intensify anger.  Sleep deprivation can exacerbate pre-existing mood disturbances, such as anger, depression, and anxiety. It can lead to confusion, fatigue, and lack of vigor. Several studies show that individuals who get inadequate amounts of sleep experience higher instances of aggression and anger.6 Sleep debt reduces the ability of the prefrontal cortex to suppress activity in the amygdala, leading to emotional instability.7 The amygdala plays a large role in contributing to our emotions including fear and anger.

Uncontrolled diabetes or not enough oxygenated blood going to the frontal brain can reduce our self-control. Congestive heart failure and strokes lower the threshold for impatience, cantankerousness, and self-control. A traumatic head injury, major clinical depression, post-traumatic stress disorder, dementia, and a hormone imbalance impairs self-control and weakens motivation. Bear in mind that a good medical diagnostic evaluation is imperative for any mood disorder.

A lot of our anger may be inappropriate. We all have legitimate needs, but sometimes these needs turn into selfish demands. When these needs are not met, we may become angry. Communication, for example, is certainly a legitimate need. However, to insist that I always have the right to share my thoughts at any time, even when my listener is tired or absorbed in pressing business matters, is wrong and selfish. Unrealistic expectations can bring us there too. Consider these examples:

We feel frustrated because we canned only 100 quarts of peaches instead of the 200 quart goal, not taking into account the kids were sick for two weeks, then the husband became ill, and some unexpected visitors came. We talk ourselves down even more because this is the first year within the last seven years that we have not actually surpassed our 200 quart quota.

Sometimes we project unrealistic goals on another person and then become disappointed and angry when our expectations are not met. A husband sends his wife to a  gym and spa resort thinking that she will lose 30 pounds in a month. Toward the end of her stay she becomes apprehensive, afraid of his displeasure. How can she tell her husband that she has lost only an appropriate 15 pounds instead of his expectation of 30?

It is difficult at times to admit and communicate our needs to those we love. Because some of us can anticipate others’ unexpressed needs quite accurately, we are sure that if other people only took the time they could do the same for us. Why do we have to beg for the attention we need? The truth is that while a few of us have an uncanny sensitivity that can detect the slightest need or desire in others, most people don’t have these otherworldly antenna’s. They rely on people to express their viewpoints, needs, and frustrations openly. Remembering this would prevent anger in many sensitive people.

Unless we recognize the contributors to our anger, we cannot manage anger creatively or successfully. Our next article will delve into the principle of anger management and the process of forgiveness. Forgiveness without honestly processing our anger and the fears that underlie the anger is only a cheap attempt of pseudo-conciliation. Forgiveness for major offenses is a process.8

LAST CHANCE AT THIS YEAR'S PRICES