Seven Facts about Salt Your Doctor Won’t Tell You 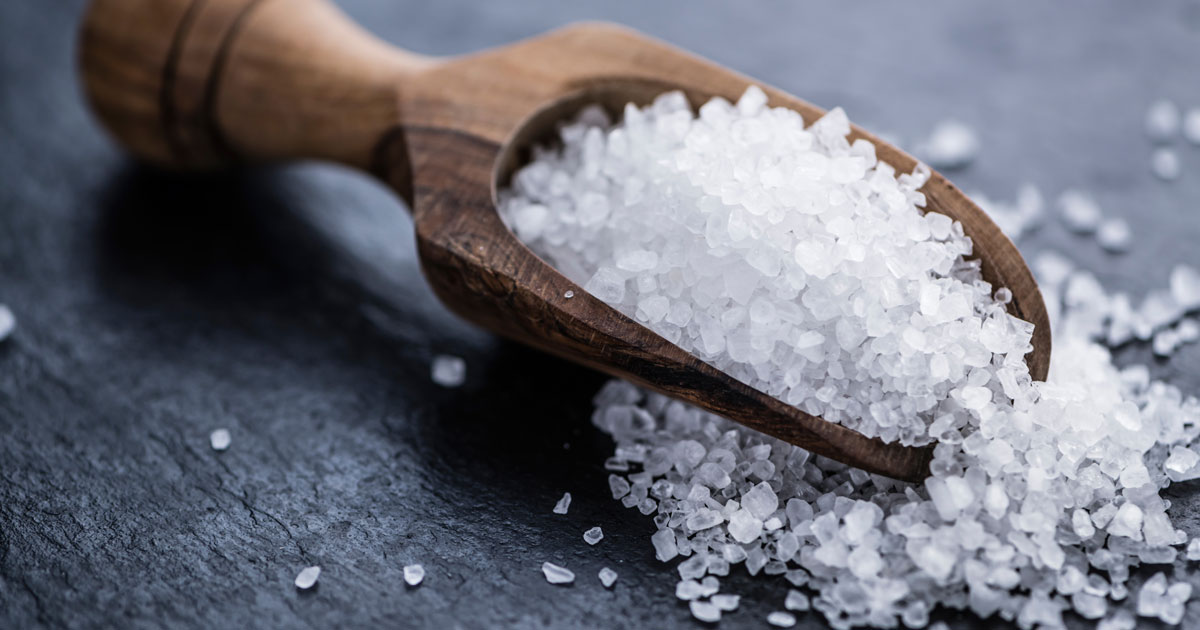 Salt affects blood pressure.  If you are deficient in sodium, your blood pressure can drop too low! However, if you regularly consumed salty and sodium-rich processed foods, you can increase your risk for five other medical conditions besides hypertension!  Find out which conditions. Discover what lifestyle habit overrides the benefit of a low sodium diet for high blood pressure.

How to Make Low-Sodium Diets Ineffective

Many individuals who have high blood pressure are salt sensitive. They retain more sodium than normal. Sodium and salt restriction help to reduce blood pressure levels in these individuals. Right? Correct, unless they are engaged in shift work or follow an irregular schedule. Evidence please! Blood pressure usually decreases when we sleep. When researchers fed a low-salt diet to mice that had a disturbed sleep-wake cycle (circadian rhythms), the low sodium diet was ineffective in reducing blood pressure. It actually caused narrowing of their blood vessels.1 This is early evidence but it suggests that sometimes disturbed circadian rhythms can nullify some benefits of therapeutic diets.

Low potassium intake is another factor that sabotages the beneficial effect of a low-sodium diet on hypertension. Indeed, potassium intake is just as important as sodium-restriction in helping to reduce an elevated cholesterol level. (High blood pressure can drive even a normal amount of cholesterol into the blood vessel.) Additionally, a potassium-rich diet improves the ability of the kidneys to excrete water and sodium.2 Fresh and frozen fruits and vegetables are rich in potassium. The more they are processed, the more they lose the beneficial potassium to sodium ratio.

Moderate salt/sodium restriction is safer than severe salt restriction especially in individuals who have heart failure in which the heart cannot pump effectively to meet all of the body’s demand.3

Many years ago I greeted Mrs. Smith in our hospital. Over the years I nursed her daughter and son. Mrs. Smith had a history of high blood pressure. She was prescribed a low-sodium diet and diuretics. She was feeling weak and nauseated. Half-way through my shift, she became very confused and incontinent. Stroke? No. A low-sodium level was her problem. She was given sodium by IV and returned to her normal self. Anyone taking diuretics and eating a low-sodium diet should be aware of the signs of low sodium: fatigue, nausea, weakness, muscle spasm, headaches, and confusion. One needs sodium and salt to live. Salt is not a poison. Excess amounts are detrimental and can encourage many problems.

Excessive salt could increase your risk for autoimmune disease.  Fifty million Americans have an autoimmune condition in which the immune system attacks the tissues and organs of the human body. The incidence of autoimmune disease is rapidly rising. Ordinary salt reduces the number of certain lactic acid bacteria in the gut of mice and humans. A high salt diet kills off a species of good bacteria in the gut (lactobacilli ) and increases the number of Th-17 immune cells even in healthy men.4 These immune cells,– when overactive or in excess,– are linked to hypertension and autoimmune diseases.

Salt & Your Risk for Diabetes

Excessive sodium intake has been linked to increased risk for both type 2 diabetes and Latent Adult Autoimmune Diabetes (LADA). LADA is similar to type 1 diabetes in which an autoimmune process destroys the insulin -producing cells in the pancreas. Unlike the typical type 1 diabetes, it occurs in adulthood instead of childhood. A significant study found that excess sodium intake was linked to a 58% increase in the risk of developing type 2 diabetes for each extra gram of sodium (equivalent to 2.5 extra grams of salt) consumed per day compared to those who consumed the lowest amount of sodium. We should add that this study adjusted for a lot of confounding factors such as age, obesity, smoking, physical activity, alcohol, total number of calories consumed, potassium, and even family history of diabetes.

The effect of sodium intake on the risk of developing LADA was even more pronounced: a 73% rise for each gram of sodium consumed per day. Those individuals who were genetically predisposed for LADA, and whose sodium intake was classed as ‘high’ (over 3.15 g/day), were almost four times more likely to develop the disease than those consuming the lowest intake (under 2.4 grams/day).5

Diabetes increases the risk for heart and blood vessel disease. Individuals who have type 2 diabetes and consume a high-sodium diet double their risk for cardiovascular events.6

Too much salt and processed foods (loaded with extra sodium) can set you up for osteoporosis and kidney stones. How? When too much sodium is consumed, the kidneys try to remove it. When this happens, calcium is removed too. This makes it easier for calcium-containing stones to form. Consuming excessive amounts of sodium on a regular basis lowers the level of calcium and thins the bone matrix.7

Habitual and excessive salt might increase your risk of dementia. One study found that a high-salt diet reduces resting blood flow to the brain and causes dementia in mice because extra salt reduces the ability of blood vessels to dilate. Consequently, this reduces blood flow by 25% to two important areas within the brain for memory and learning. In this study the decreases in blood flow worsen cognitive performance to the extent of dementia.8 Another consideration. As we age, the kidneys do not eliminate extra sodium as effectively.9 Older individuals could be more sensitive to the adverse effects of consuming a high-sodium diet.

Salt & Your Risk for Obesity

Consumption of a salty meal increases appetite.10 Several studies found that a high salt diet is linked to a greater risk of obesity in children and adults. For example, a 2015 study reports that children who increased their salt consumption by one gram a day increased their risk for obesity by 28%. In adults the risk was increased by 26%.11

How to Reduce Sodium Intake