Plant-Based Protein: IS IT ENOUGH? 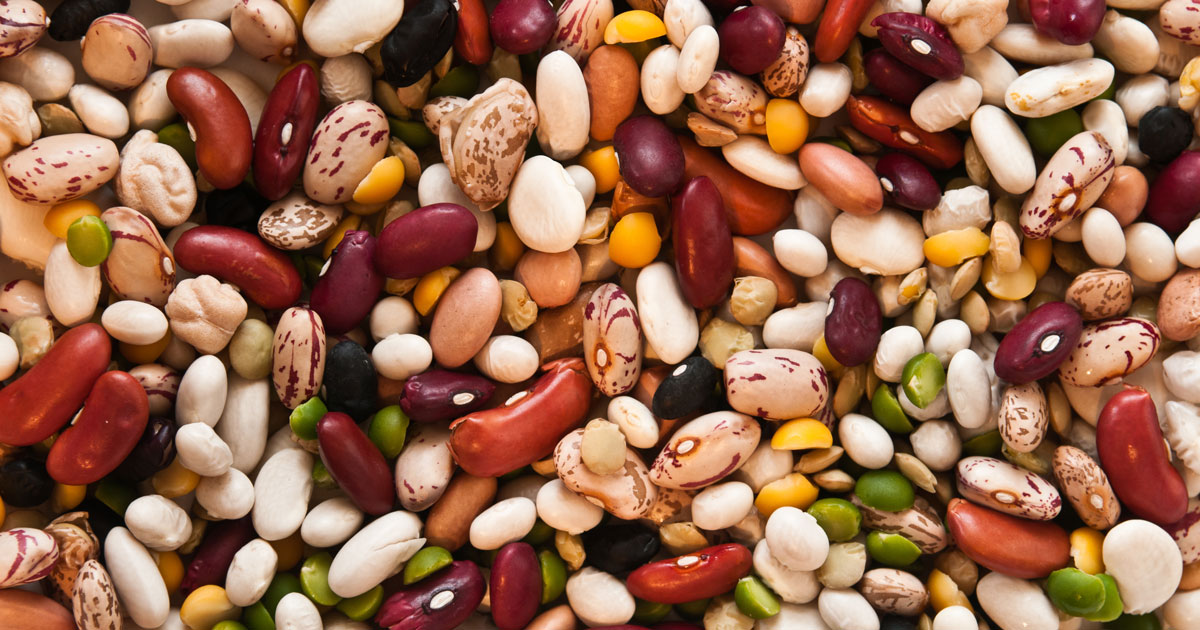 She’s not going to make it,” the nurses whispered. “Someone call her parents to come get the baby.” As the young mother’s condition worsened, her parents did their best to save the life of her newborn, Wesley. Deathly ill from typhoid fever, Wesley was too weak to suck, but took his milk through a medicine dropper. When Wesley and his mother both recovered, her parents were relieved. But when she announced she would raise him as a vegetarian, they were aghast. “He’ll never get enough protein to be big and strong!” they protested.
Fortunately, knowledge about protein has improved dramatically since 1932 when Wesley was born. But some people still have questions about it. What is it, and how much do we really need? What about the fears of Wesley’s grandparents? How can vegetarians get enough protein?

Protein is the foundation for much of your body’s structure. A large amount of the protein ‘collagen’ provides structure to bones, muscles, and other tissues. Protein is also a key ingredient in hormones and enzymes needed for digesting your food, fighting illness, and maintaining fluid balance. Each type of protein is composed of a unique sequence of amino acids, which are like letters in a word. There are only 26 letters in the English alphabet, but they can be arranged to make a myriad of words. In the same way, there are only 20 amino acids, but they are used to build many different proteins. When you eat proteins, your body disassembles them into the individual amino acids. Then, when a specific type of protein is needed, your body uses those amino acids to create it.

The current daily protein recommendation is 46 grams for women and 56 grams for men. Fortunately, severe protein malnutrition is very rare in the United States. In fact, according to a large nutrition survey in 2005, American women consumed 70 grams a day and men took in a whopping 102 grams daily.1 Eating too much protein can increase the risk for heart disease, kidney stones, and some types of cancer.2 And excess protein can mean excess calories. That extra protein isn’t stored in muscle to make you stronger. But even in our land of plenty, mild protein deficiency sometimes does occur, and when it does, it is often undetected. This sometimes happens among those who struggle to get enough calories, such as the elderly, or among those who limit themselves to a narrow range of foods. This mild protein deficiency can increase risk of bone fracture. The Adventist Health Study3 showed that adequate protein consumption appeared to protect against fractures. Vegetarians with the highest rate of wrist fracture were those who ate the least amount of vegetable protein. And increasing their protein intake dropped their risk of fracture by as much as 68%.

Despite the fears of Wesley’s grandparents, vegetarians can easily get the protein they need to be healthy. The EPIC-Oxford study is one of the largest studies of vegetarians, with over 60,000 participants. The study compared those who ate meat, those who ate fish, those who were lacto-ovo vegetarians (consumed milk and eggs), and those who were vegan (consumed no animal products). Not surprisingly, the study showed that the meat eaters took in more protein than the vegans. But the vegans still consumed plenty of protein. The men averaged 62 grams a day, and the women averaged 56 grams a day, well over the recommended amount.4 Take a look at the table showing the amount of protein in various foods. Is it possible to eat a vegetarian diet that doesn’t have enough protein? Certainly. But if you’re getting a wide variety of vegetables, nuts, grains, and legumes, you’re likely getting all the protein you need.

Do Vegetarians Need to Worry about Protein Combinations?

Of the 20 amino acids, 9 are essential, meaning they cannot be manufactured by your body. You have to get them in what you eat. If a food contains all 9 of these essential amino acids, it is considered a complete protein. If a food lacks one or more of the 9, it is an incomplete protein. If your body needs to manufacture a certain protein, and you’re lacking one of the amino acids that is an ingredient for that protein, the whole process comes to a halt.

In general, an animal protein (milk, meat, fish, or eggs) is a complete protein. Most plant foods have all the amino acids but not all of them are at the recommended level if we eat them in small amounts. Different plant foods are low in different amino acids. Eating a wide variety of plant foods virtually ensures getting all the amino acids you need. For example, legumes (beans) have plenty of all the essential amino acids but low amounts of methionine. Grains, on the other hand, are rich in methionine, but they’re low in lysine. Put grains and legumes together, and you have a complete protein. You probably already do this without thinking about it. A peanut butter sandwich is a complete protein. The wheat in your bread (a grain) supplies the amino acid missing in your peanut butter (legume). What about a burrito? Again, you have a grain (tortilla) and a legume (beans) working together. Black bean soup (a legume) and cornbread (a grain) are perfect complements. In many countries, people thrive on a diet based primarily on beans and rice. Again, it’s a legume and grain together. Include tofu (made from soybeans, a legume) with your stir-fry vegetables and brown rice (grain), and you’ve again got a complete protein.

But you don’t have to worry about food combining. The amino acids you eat are kept around for a while. Even if you were to eat your toast for breakfast and your peanut butter at lunch, you’d still get the benefit of combining them. If you’re eating plenty of vegetables, nuts, grains, and legumes in a wide variety, it’s almost impossible to come up short.

If you’d like to get away from a heavy meat diet and try a foray into plant-based protein, here are a few things to consider. First, don’t just drop the meat. If that’s all you do, and if you’re like many Americans, you’ll be left with a dollop of mashed potatoes, a pile of wilted peas, and a bit of iceberg lettuce. Instead, add an abundance of fresh vegetables, fruits, grains, nuts, and legumes. There’s a world of yummy plant-based dishes out there. Look for vegetarian cookbooks with pictures and begin experimenting. And what about baby Wesley? Was his mom right to raise him as a vegetarian? Wesley grew to a strapping six feet tall and raised his own family of vegetarians. He worked at a wide variety of adventurous jobs, like ranching, logging, salmon fishing, and construction work. A vegetarian lifestyle, done right, won’t make anyone weak and puny. Instead, plant-based protein has all the right ingredients to promote health and strength.

Where is the Protein?

Grams of Protein in Common Foods