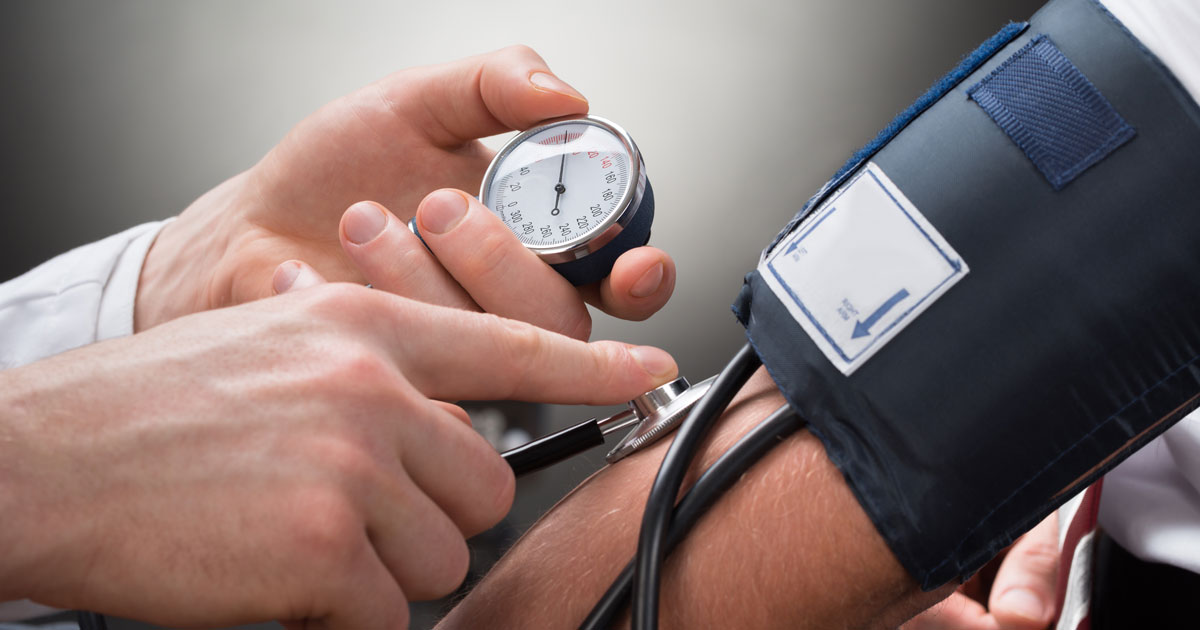 One out three of Americans has hypertension. Worldwide, statistics are not much better. Thirty-one percent of the world’s population has high blood pressure.

Hypertension (HBP) is called the silent killer because often there is no sign or symptom until one develops a major complication from it—heart attack, stroke, or kidney disease. So how can we defeat this stealthy killer? Better yet, how can we prevent it?

Note in the chart below that what was once considered a good systolic pressure (top number)—120 to 124—is now listed as prehypertension or even as hypertension by some experts. Scary isn’t it? And what is more serious yet, if you have only one of the two figures in the hypertension range, you still have the condition.

Invest in a blood pressure cuff. The electronic models are easy to work, but in order to get an accurate reading; you need to get the appropriate size cuff. Take your blood pressure at least once a week. If you personally have risk factors for hypertension—obesity, smoking, a family history of heart disease, hypertension, or diabetes—take it daily. African Americans tend to get HBP earlier in life and develop more severe HBP. Children at risk for HBP should have their blood pressure checked a lot more than at the doctor’s office.

A meta-analysis of 18 studies showed that those in the prehypertension range (now called elevated blood pressure) had 50% increased risk of coronary heart disease and 71% increased risk of stroke.1 Therefore, many health authorities have dispensed with the pre-hypertension category and follow the criteria below.

Don’t Hurry but Do DASH

The Dash Diet has been as effective in reducing elevated blood pressure as medicine in many hypertensive individuals. It also effectively improves diabetes. It is a proven, good first step for many individuals.

Excess sodium consumption promotes fluid retention and causes the arteries to become more sensitive to norepinephrine, an artery-constricting hormone. Most of our sodium intake comes from salt consumption. Thirty per cent of hypertensive individuals retain more salt than normal. Mild salt restriction generally works much better for lowering high blood pressure than severe salt restriction. One teaspoon of salt provides 2,300 mg of sodium. If you already have hypertension, or if you are middle-aged or elderly, or if you are an African American, daily recommendations are to lower your sodium intake to 1,500 mg per day. Processed foods and condiments usually have considerable sodium. Remember as we age, the kidneys decrease their ability to handle extra sodium.

Caution: Reduced-sodium products and salt substitutes often contain potassium chloride. Since this ingredient may harm people who have certain medical conditions such as diabetes and kidney disease, check with your doctor before trying reduced-sodium products and salt substitutes that contain potassium chloride.

Fruits and vegetables are rich in potassium, a mineral that protects the arteries and kidneys and reduces the risk for stroke. Green, leafy vegetables contain magnesium which helps to prevent the blood vessels from experiencing sustained contraction, called vasospasm. A world-wide meta-analysis showed that frequent consumption of leafy greens (especially when they are steamed) is linked to a significant 15.8% reduced incidence of cardiovascular disease.10 Vegetarians have less incidence of hypertension than omnivores and a vegetarian diet can reduce elevated blood pressure.11,12

There is one more benefit to eating a whole-food plant-based diet, that is, a healthy gut. There is emerging evidence that gut microbes may influence blood pressure. Friendly gut bacteria release valuable byproducts that protect your health and lower your risk for diabetes, atherosclerosis, and inflammatory conditions. Unfriendly gut bacteria, however, produce toxins and inflammatory agents that disrupt the gut barriers. Once inside the blood, these inflammatory compounds and toxins contribute to the development of conditions such as atherosclerosis, hypertension, diabetes, obesity, and other chronic diseases.

Phytochemicals in plant foods and their byproducts stimulate the proliferation of friendly bacteria that preserve health while decreasing the population of harmful, disease-promoting bacteria in the gut. A predominately whole-food plant diet, restriction of simple sugars, regularity of schedule, and exercise improve gut health.15

A diet high in sugar and high fructose corn syrup can lower the threshold for hypertension. These products also raise uric acid, a byproduct of protein metabolism. Elevated uric acid levels are associated with new cases of recent-onset-essential-hypertension in children, and predict non-alcoholic fatty liver disease in obese children.16,17 Hypertension is not only associated with consumption of sugar-sweetened sodas, but artificially sweetened soft drinks as well, even after controlling for potentially confounding factors.18

Caffeine raises blood pressure in hypertensive-prone individuals.19 It magnifies the physiologic effects of stress inside our bodies throughout the day even when taken only in the morning. Avoid caffeine because it increases the consumption of oxygen in the brain and blood flow resistance in the cerebrum (upper 7/8 of the brain). In other words, caffeine increases the demand for oxygen in the brain while reducing the supply of blood flow within the brain.20 This scenario is not what we want in individuals who have an increased risk for stroke.

On the positive side, hibiscus tea lowers blood pressure in pre-hypertensive and mildly hypertensive adults21 and can be as effective at lowering blood pressure as the commonly used blood pressure medications. 22 No more than a cup a day, as some hibiscus has substantial amounts of manganese. One does not want to take too much of any mineral. If you are taking medicine, are pregnant, or nursing a baby, check with your pharmacist before taking any herb to avoid any possible herb-drug interactions.

Largely unknown at the time of his presidential campaign, Woodrow Wilson had been plagued by hypertension and mild strokes. In 1896 Wilson possibly experienced his first stroke which caused marked weakness of his right upper limb plus sensory disturbances in his fingers. His doctors at the time diagnosed him as having neuritis. In June of 1904 Wilson developed weakness in the right arm that lasted for several months.

Once president, Wilson’s problems unfortunately continued. In May of 1914 changes in the arteries of his eye were documented. Wilson then experienced severe headaches lasting for days, during the years 1915-1919. Wilson desperately wanted the First World War to be the war that ended all wars. Unfortunately while president, Wilson suffered a catastrophic stroke on October 13, 1919 and was thus prevented from accomplishing anything significant. His wife and physician actually conspired to keep the extent of his disability a secret. Indeed, Wilson’s condition was hidden from his own Cabinet, from the Vice President and, of course, from the public.27 So who was running the American government?

His experience leads us to ask the following questions: In what ways exactly does our cardiovascular health impact our community? In Wilson’s day the medical community did not know as much about how to prevent and treat hypertension. Are we taking advantage of the opportunities that we personally have to follow the lifestyle principles that modern medical authorities advocate—to lose weight if obese, watch the salt, and exercise? Will our usefulness, like President Wilson’s, be cut short by our negligent failure to do so? Will cardiovascular disease sabotage our plans to help our world or to guide a child we love? If that happens to you, who will be in your driver’s seat?