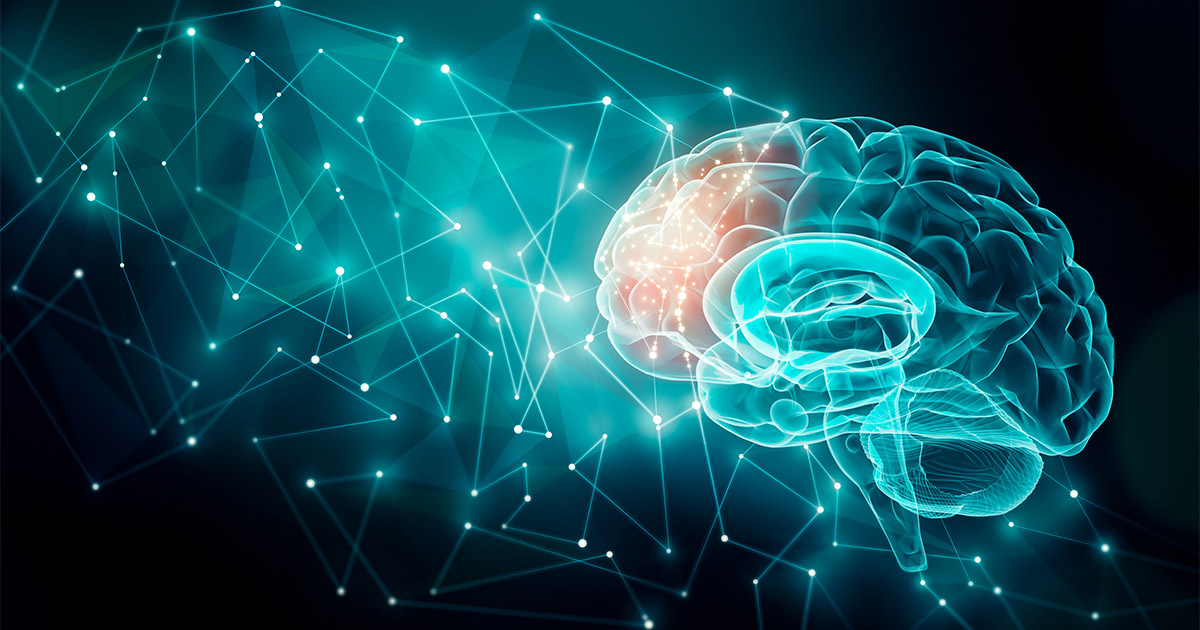 Synapses are microscopic points of communication between nerve cells that are heavily involved in memory, learning, habit formation, and the development of talent and character. A neural circuit is composed of neurons and their synapses. Our lifestyle choices substantially impact synapses and their neural circuits. For example: Recurrent use of a particular neural circuit for learning (i.e. learning a musical instrument) increases the size, number, and efficiency of the involved synapses. Repeated use of a brain circuit results in easier and faster learning, and therefore practice, when done correctly, indeed makes performance perfect.

Non-use, however, causes atrophy of the synapses that will eventually be manifested in slower reaction times and less rapid processing of information in the under-active areas of the brain. In other words, disuse of a neural circuit causes the synapses in that particular circuit to atrophy which diminishes the capacity to learn. These two features are known as synaptic plasticity. As we learn, new connections of synaptic networks are either being formed or strengthened. In this article, we will describe eight nutritional strategies that improve synaptic and brain plasticity.

Brain-derived nerve growth factor (BDNF) is a protein that acts as a “fertilizer” to synapses. Not only that, BDNF protects brain cells, and in certain key areas of the brain, helps to regenerate brain cells. The abundant presence of BDNF predicts the ease of learning. When it is in short supply, learning is more difficult. BDNF also exerts anti-depressive actions. Scientific evidence now suggests that brain-derived nerve growth factor and its precursor are decreased in the early stages of Alzheimer’s disease. Depressed individuals often have a low BDNF level.1 BDNF is also reduced in chronic or acute stress, especially if deficiency is in the hippocampi. This area, embedded in the temporal lobes, is important for storing memories and retrieving them, learning, and mood regulation.

BDNF is more than a brain cell fertilizer; it also helps to control food intake and appetite as well as lipid and glucose metabolism. BDNF deficiency has been observed in obesity, insulin resistance, type 2 diabetes, and vascular diseases. By the way, these four conditions significantly increase the risk for cognitive decline and dementia. The first three are associated with shrinkage of key areas in the brain.

Enjoy a plant-based diet and skip the typical Western diet. Unfortunately, the Western diet reduces BDNF and encourages inflammation inside the brain. Specifically, overeating and a diet high in saturated fat and sugar decrease brain-derived nerve growth factor.2 It even starts in mother’s womb. A diet excessive in saturated fats during pregnancy significantly reduces the raw material necessary to produce BDNF and several other growth factors necessary for the developing brain and is associated with learning deficits in the offspring.3 Other data suggest that saturated fat, hydrogenated fat, and cholesterol can profoundly impair memory and may cause detrimental changes to the biochemistry and structure of the hippocampus.4

Plant proteins have zero cholesterol and are generally low in saturated fats; therefore, it is beneficial to get your protein from plant sources rather than animal foods. Healthy blood vessels are essential for a healthy brain. One important caveat here: Vitamin B-12 is important for any protein synthesis to occur in the brain. Deficiency or even a low normal level of this vitamin can lead to serious mental decline and even psychiatric problems. Since it is very rare to find vitamin B-12 in any measurable amounts in plant foods, vegetarians must be sure to get it either from fortified food or through supplementation.

Eat only for strength. Consumption of excess calories reduces synaptic plasticity and increases the vulnerability of brain cells to free radical damage. Wise calorie restriction (if one is obese) and periodic fasting stimulate the production of proteins that enhance the growth, size, and efficiency of synapses. These restrictions also increase brain-derived nerve growth factor and help to increase the brain’s resistance to oxidative and metabolic insults from aging, Alzheimer’s disease, Parkinson’s disease, Huntington’s disease, stroke, and chronic diseases. Plus, wise calorie restriction promotes the brain’s capacity for self-repair.5,6 Of course, it is essential that we get adequate vitamins and minerals, complex carbohydrates, essential fats, and protein. Malnutrition also damages the brain.

Eat more fruit, especially blueberries and grapes. Flavonoid-rich foods have been shown to be able to reverse age-related cognitive deficits in memory and learning in both animals and humans. One study, using young rodents, found blueberry-fed animals also exhibited a faster rate of learning compared to those on the control diet and they also had increased BDNF in the hippocampus.7 Blueberries improve memory in aged animals and may improve memory and learning in humans.8 Anthocyanins in blueberries and strawberries also may offer protection against hypertension, a risk factor for cognitive decline.9 Regular consumption of blueberries is associated with improved thinking, reduced risk for heart disease, and inflammation. Commercial juicing and canning blueberries lower polyphenol levels by 22 to 81 percent and reduce the anthocyanins by 10 to 21%.10 Grapes, like blueberries, contain resveratrol, a phytochemical that increases antioxidant protection and reduces inflammation in the hippocampi.

Don’t forget your leafy vegetables. One study measured cognitive performance of more than 13,000 participants through tests administered every four years. Women who consumed the most cruciferous vegetables declined slower compared with women who ate the least servings of cruciferous veggies. Women who ate the most green leafy vegetables also experienced slower decline than women who consumed the least amount of leafy greens.11

Get your Omega-3 fats. The fatty acids protect from free radical damage and inflammation and afford some brain cell protection even in the aged, damaged, and AD brain. Omega-3 fats are important to nurture healthy synaptic connections. Omega-3 deficiency in the womb, while the infant is nursing, or during childhood, decreases BDNF. This decrease reduces brain plasticity, and compromises cognitive performance during adulthood; plus, it leaves us more vulnerable to neurological and psychiatric disorders. For adults, omega-3 fats are necessary for the creation of new synapses and brain cells in the hippocampus. Studies using old animals suggest that-omega-3 fatty acid supplementation reverses age-related changes and maintains learning memory performance.12

Long-term fatty acids (EPA and DHA) are found in cold water fish. Algae also provide DHA. DHA is the omega-3 fat especially important for brain health. Unfortunately, mercury and polychlorinated biphenyls (PCBs) are among the common toxins in seafood and hang around for years. Since the food chain concentrates these and other pollutants in a process known as biomagnification, we cannot recommend fish as food. The higher the fish is on the food chain, the greater the accumulation of toxins in their fatty tissues. However, flaxseed, walnuts, and spinach provide the omega-3 fatty acid, alpha-linolenic acid. Under normal conditions, this can be converted into EPA and then DHA inside the body.

Please note: Certain factors, such as high intakes of saturated or trans fatty acids, insufficient calorie energy or protein intake, elevated cholesterol, alcohol, and zinc deficiency can interfere with this conversion process. There may also be conversion problems for individuals consuming a vegetarian diet, are obese, have metabolic syndrome, or other metabolic disorders. These individuals might be benefited by a DHA supplement derived from algae. As with any supplement, discuss with your pharmacist before taking it lest there be an interaction between the medicines you are using.

Enjoy organic soybeans. Unless you are allergic to soy, soybeans may help you increase the activity of your BDNF and another brain cell fertilizer. However, too much tofu can decrease BDNF. One study measured the effects of soybean-derived phosphatidylserine (SB-PS) (300 mg/day) in improving cognitive performance in elderly persons with memory complaints. They were followed for 12 weeks. Administration of the SB-PS supplementation significantly increased memory recognition, memory recall, executive functions,mental flexibility, and total learning. Unexpected results from the safety tests suggested that SB-PS significantly reduces both systolic and diastolic blood pressure. SB-PS consumption was well tolerated and no serious adverse events were reported during the study.13

Watch your supplements. Iron, zinc, and copper are all needed by the body but excessive amounts of them damage brain cells. Iron is needed for oxygen-carrying protein in red blood cells known as hemoglobin. Here is the point. Studies show that individuals in whom the hemoglobin is either too low or too high have more rapid cognitive decline.16 The safest hemoglobin appears to be around 13.7 grams per decimeter. Don’t take an iron supplement unless you are low in iron as diagnosed a health provider who performed the necessary blood work. Remember copper might leach out into your tap water if your home has a copper pipe. An investment in a good water filter helps.

Conclusion: As important as dietary factors are to the brain, BDNF activity, and the health of hippocampi, and other lifestyle factors also substantially impact BDNF. We will explore these in future articles.